We use our own and third-party cookies to offer our services and collect statistical data. Continuing browsing implies your acceptance. More information 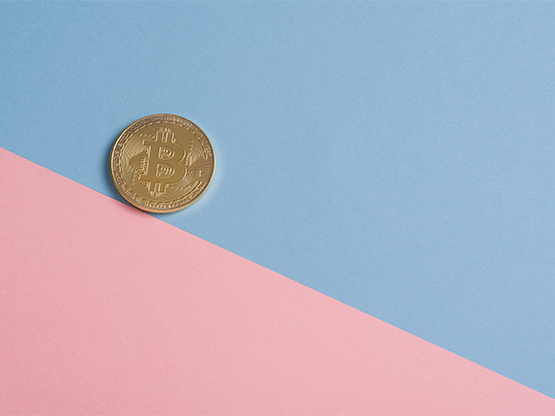 I had the pleasure to assist to the September edition of the 2020 blockchain convention but this time the event took place online for obvious reasons.

Despite the sad current state of pandemic affairs, the event quickly adapted and manifested itself online; bringing together regulators, innovation companies and entrepreneurs in a setting to promote dialog regarding the next round of regulations and where innovations may be heading.

For anyone involved, this is clearly the ideal place to compare use cases with counterparts and chat in virtual rooms with leading experts in the DLT space.

This edition, the 2nd one this year, spread over two days packed with 12 hours of debate each day !!

The topics discussed were as follows:

There was far too much content to resume in this blog but here are a few observations to give you an idea of some of the debates being discussed.

The first half of day1 introduced us to the concept and advances in SSI (self-sovereign identity), the goal of which being to empower individuals with regards to their unique identity and its associated data. By that it is understood that much still needs to be done before each one of us has total control over their data and how it is shared, what is shared and to whom.

It is apparent that the traditional centralised identity management models are not always synchronised or in legal accordance as we cross borders thus opening doors for a new model through the concept of SSI. Although distributed ledger technology (blockchain or DLT) is not necessarily obligatory as a tech solution, it does tick the vast majority of requirements boxes.

It is clear that such a transparent and secure model would benefit cross-border identity and help counter identity fraud. (#interpol)

This concept leads us nicely into the next critical issue, interoperability; ensuring that the technologies understand each other requires some sort of international agreement with regards to protocols for software developments.

Listening in to the Financial Services talk, some great points were raised, most speakers were keen to advance Trade Finance as being a key player for new developments in the field.

Scott King (ING) spoke of a couple of pilotes namely MARCO POLO and CONGO, the latter of which was already in production; this aims to digitize commodity trade finance processes like ‘letter of indemnity’ documents as well as ‘letters of credit’.

Nadia Filali (Groupe Caisse des Dépôts) however confirmed that her team rather focused their work on Investments and not Trading, with clients such as BNP, Société Générale, Crédit Agricole launched with Liquidshare.io with the aim of developing an infrastructure for SMEs .

Enter DAML, the universal DLT programming language across platforms which according to Dean Demellweek (BNP PARIBAS) will continue to be a reference for the next decade.

Scott King (ING) was not so optimistic and predicted a whole new technology direction within 2 to 3 years !!

Of course there are others like CORDA, another open-source blockchain platform for business, so it remains to be seen how heterogeneous these become and if so, how they work together; particularly when big players like AT&T enter the arena.

It is true that the current international laws are not as quick to adapt as the afore-mentioned technologies come to fruition and global regulations are still not defined, at least NOT from the EU perspective.

There are however organisations like ISDA (International Swaps and Derivatives Association) which work tirelessly to offer standardisation to help to improve the private negotiated derivatives market.

France offers new possibilities with the ‘LOI PACT’ which is a finance law adopted in 2019, the aim of which is to put small and medium-sized enterprises back at the heart of economic activity and French society but more importantly also aims to develop mechanisms allowing companies to share growth with their employees !! Sounds great, para cuando en España? A similar concept exists in the UK known as ESO (employee share ownership) although that reminds me more of a scheme than a conscience effort by government to empower its citizens.

Another speaker, whom I found refreshingly on the ball was David Creer (GFT); discussing the advantages of public blockchain but reminded us all that DLT, in itself, is just as unsecure as the conventional transaction protocols and would therefore require cryptography to secure private transactions; thus confirming that the principle advantage of using DLT as opposed to centralized ledger technology is TRUST…

David also promoted the advantages of opensource platforms like DAML with whom GFT has been a strategic partner for the past three years, to guarantee interoperability.

Other speakers with equally valid points were also present but to cover ground, let us move on to the next session; Blockchain’s Role in Cross-Border Payments:

Julio Faura (ADHARA) provided interesting insights regarding cross-border payments whereby 90% of bank money adhered to bank ledgers but internationally, no single truth across banks was currently in place or could be done given the multiple protocols involved.

He stressed that as a primary step, we could digitize some bank money into smart contracts using a security model, an operation belonging to the ‘settlement layer’. As mentioned, no single truth currently exists and therefore the next focus should be the ‘payment layer’ . Furthermore, many tricks could be learned from the current ‘coupling’ applied in LDT (Leveraged Derivatives Transaction).

Dante Disparte (LIBRA AKA Facebook’s crypto cash) seconded the challenges in cross-border payments and listed some of the obvious advantages to transact over 700 Billion $ annually:

To cut a long story short, our current payment system is stuck in the 50’s whilst the supporting IT resides in the 21st century !!

Another crucially important point was mentioned regarding the necessity to collaborate with the development regulations and not do as we have been doing which is to follow the least resistant path thus avoiding potential conflict but at the same time creating legal issues with cross-border transactions; as would be the case with the EU member states whom are currently implementing a regulatory framework. Staying out of these discussions could prove detrimental for any stable coin type asset.

Robert Wiecko (DASH) gave us another angle from which to reflect and suggested that less regulation and more compliance was their priority where user experience was key.

Veneçuela was used as an example whereby the vast population relied heavily on crypto currencies to continue exchanging goods and services despite the State being sanctioned thus blocking conventional transactional services.

Bo Svensson (EU Blockchain Observatory & Forum) also contributed by advancing that DLT had the potential to becoming the next generation internet protocol replacing the WWW as we know it. Key features including TRUST, TRANSFER and SETTLEMENT at the protocol level.

The three super use cases being IDENTITY, RESOURCE TRANSFER (supply chain) and PAYMENTS. (these are the 3 recurring top use cases for blockchain.)

This technological hurdle would have the capability to allocate resources from a global to an individual scale.

Jón Egilsson (MONERIUM), steps in for a moment consolidating the fact that blockchain removes the ‘trusted middle man’ from the equation which lets face it, is the only cost associated to your transaction.

Looking at it from another perspective, your cash deposited into a bank is effectively an asset you are loaning the bank entity; the bank is in debt to you, but ironically you don’t charge them anything whereas the minute you are in debt with them, the same rule does not apply. (getting angrier by the minute as I write this article, I now know too much for my own mental health !)

To resume, the facility to re-allocate resources transparently and quickly may be the next biggest political tool to hit humanity in the coming years.

Julio jumps backs in explaining that usually, transfers travel from a bank through a central bank to the destination bank entity, and it does this via a retail CDBC(e-money). Contrary to a wholesale CDBC which is essentially an account that already resides in the central bank.

He then argues that perhaps we should focus on making the current system more efficient rather than replace it. (personally, I cant see how that removes the middle man but hey; though to be fair Julio does stress that he is not entirely opposed to a complete overhawl).

The main problem may be due to banks borrowing from other means rather than central banks but Robert is not in accordance as he suggests that this will not resolve the big issue which is the fabrication of assets from thin air by central banks.

This concludes our little taster of some of day1’s content, do let me know if you want more and I will try to find the time to provide further insights from the event. 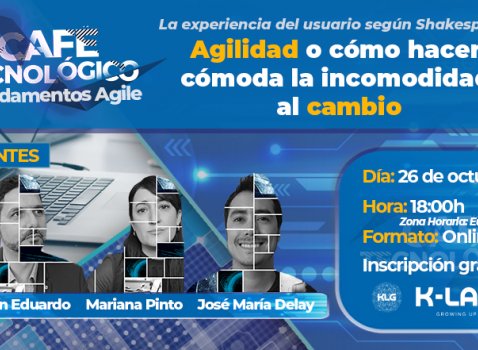 TECHNOLOGY CYCLE: Agility or how to make the discomfort of change comfortable 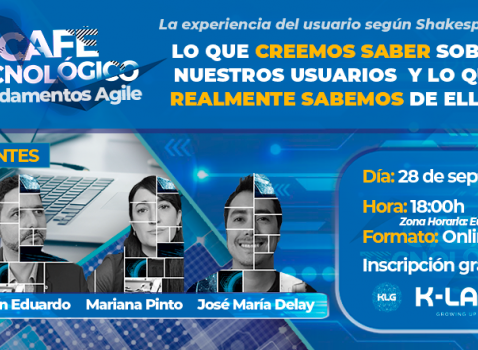 The user experience according to Shakespeare: What we think we know about our users and what we really know about them. 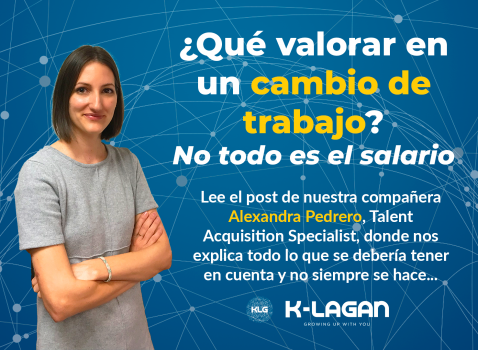 What to value in a change of job? 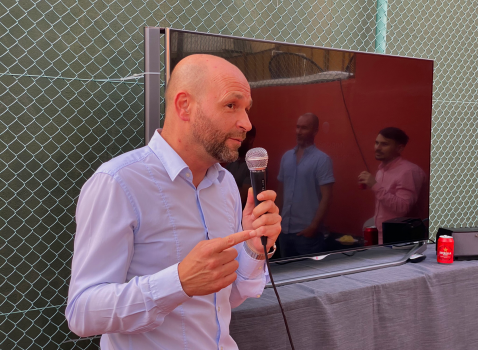 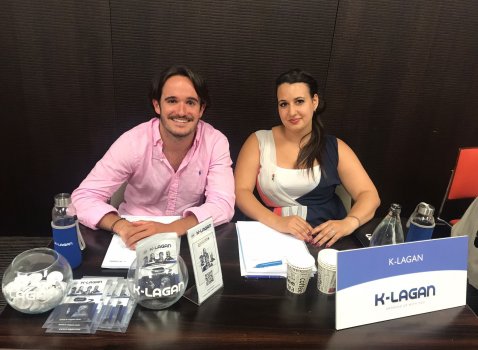 We took part in the 10th edition of the Francophone Employment, Training and Entrepreneurship Fair 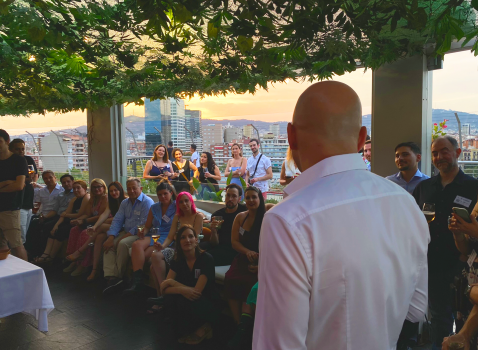 We are celebrating our summer dinner!